While performing a search on the internet, it is currently easy to find articles exploring whether Mining City is a Ponzi scheme or not. There are indeed some misunderstandings and bad press, but you have to keep a cool head. You should take a look at Mining City objectively, weigh all the arguments, ignore the gossip or emotional opinions, and make a fair judgment for yourself.

Today we will answer the question… Is the company legit and trustworthy?

Cryptocurrency is not a Ponzi scheme

Many people in history have immortalized themselves with noble and heroic accomplishments. Many others have become famous for their ignoble and evil deeds.

One of those whose name will forever be remembered in the history books for his dishonest actions is Charles (Carlo) Ponzi. Who hasn’t heard of the Ponzi scheme?

To put it simply, a Ponzi scheme is a type of fraud and a financial pyramid built on luring investors with promises of fast and high profits. Based on the definition, the “profits” are paid out from funds taken from participants recruited recently. That’s it! It is that simple because it is based on human willingness to turn a quick profit.

Enough history, however, and let’s come back to the present. Once we have this basic knowledge, we can start looking for answers to our question.

How does a Ponzi scheme work?

Ponzi schemes are relatively common in the crypto world, especially since some companies refuse to publish details of any blockchain. The income to the earlier clients comes directly from those who join the business at a later stage. Many of these companies may be fraudulent and respond to enquiries and accusations with vague and inaccurate claims. When choosing a mining provider, you should look at which coins are mined and whether they can be traded on public exchanges. Do not believe companies that “are still working to get their coins on an exchange”.

This could mean that even with thousands of these so-called coins in your wallet, they have little-to-no real-life value. If you notice a company which you suspect is a scam, or a Ponzi scheme, you should report it to your local financial authorities.

Fraudulent companies using the Ponzi scheme are often very cunning. However, there are simple and unambiguous indicators that allow us to avoid falling into the trap of fraud.

If the ownership of the company is unknown, then an attempt at fraud can be suspected with an alarming degree. The same applies to the entity’s location. If the company has no address or is hiding it, you may expect something suspicious. Last but not least, the legality of any enterprise should be certified by proper paperwork and registration in the relevant institution. The ownership structure of Mining City is known, and it has a real company and headquarters address. It also possesses all the required documents and permits. Having this knowledge, we can be sure that they are not fraudsters employing the Ponzi scheme.

Ponzi schemes are usually too good to be true. Always verify everything you hear! Now, let’s take a look at the products offered by Mining City.

Excuse me, what exactly am I buying? 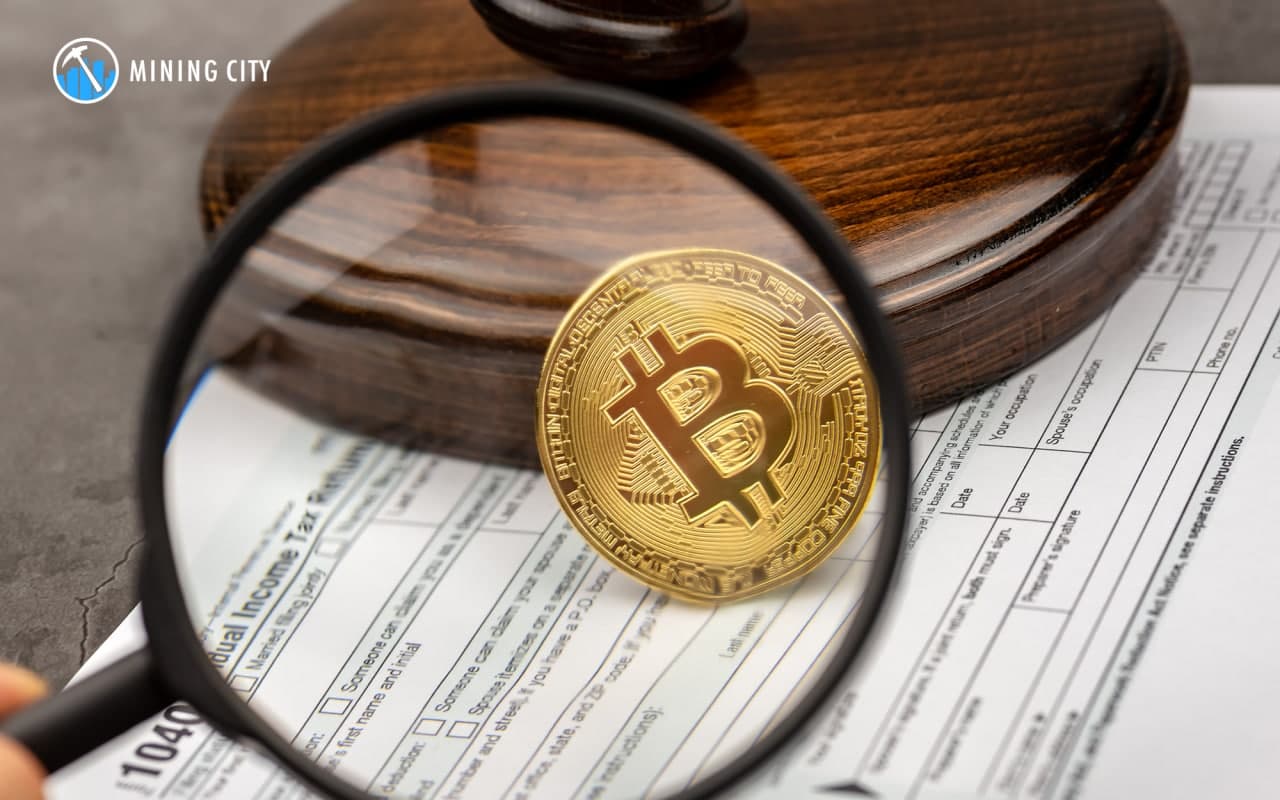 The mining equipment used by Mining City is real and located in Kazakhstan and China, where electricity is relatively cheap. The client simply pays for the use of machines, electricity and maintenance. There are no hidden costs, Mining City says.

In other words, Mining City doesn’t sell you already mined coins, but a mining service (hash power) enabling you to mine them.

Multi-level does not mean fraudulent

The fiercest critics of Mining City, calling it a Ponzi scheme also say that every multi-level marketing initiative must mean fraud. They claim that Mining City’s mining rewards come from new clients. Indeed, Mining City has a mechanism for bringing new customers into the system. Every client who recommends a new one receives a commission. Well, that’s not proof of fraud yet. Many service providers also use the member-get-member method and offer discounts on monthly bills in return. That doesn’t make them criminal masterminds and con artists.

Some of the income within Mining City comes from building a network of recommendations, but everything can be checked thanks to the special feature of your Mining City wallet. Wallet Split clearly shows how much income is derived from recommending new members of the community (a referral bonus) and how much from actual mining.

However, Mining City makes it clear that mining rewards are not guaranteed. The rewards are dependent on the price of the cryptocurrency being mined, the mining network difficulty, and other factors. Clients know that by signing up they are taking a risk-based on the volatility of this market, and other associated factors.

Anyone who claims that Mining City has dishonest intentions should know one thing. Every purchased Mining Plan can be returned within 72 hours. Users receive a full refund! That’s fair. A merciless crook wouldn’t let the victim change their mind and get away after three days, would he?

For those still doubting, however, Mining City will soon have cameras for round-the-clock streaming from the mining farms they use.

Not to mention that Mining City has joined the largest pool BTC.com.

They look like a reliable, serious company. Their service is simply new and still hasn’t gone mainstream. That’s why there is nothing wrong with whistleblowers raising the alarm from time to time. We must be careful in this difficult and exciting market, but also remember to remain flexible and tolerant in passing judgment about pioneering ventures such as Mining City.

Mining City offers an honest service, not a promise of quick rewards. Mining City provides clients with a bona fide service – a possibility to rent a portion of their mining infrastructure, which makes it impossible to call it a Ponzi scheme.